FoW essentially died at my hobby shop, so I haven't been able to play for a long time. As such, I lost interest, but I'm going to make an effort to revive the blog. I still love FoW, it just isn't as relevant to me right now in recent circumstances.

In any case, the tutorial I'm going to cover today is how to make fences and walls for your games. First up is stone walls! 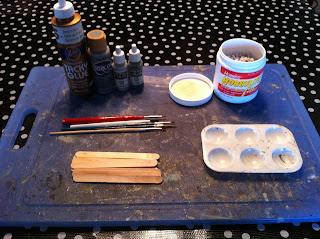 A rather small list. The first step is to apply a layer of glue to the popsicle stick, and dump rocks all over it: 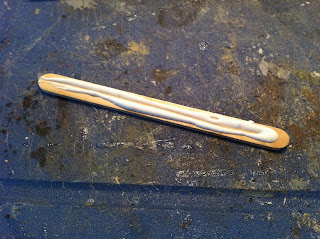 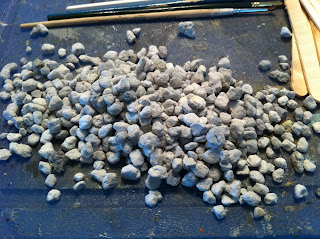 Carefully excavate the stick until you have something like this: 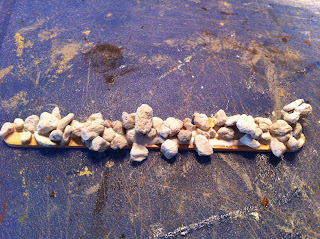 Take some extra popsicle sticks, and press them against the sides, as well as the top: 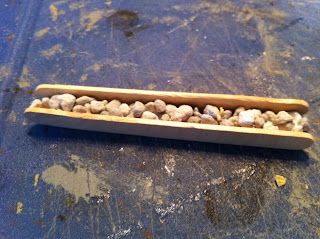 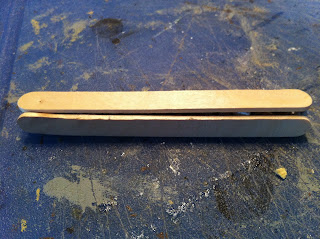 After that, you should have something much neater: 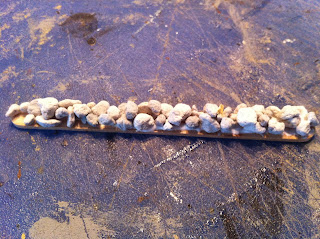 Let the glue dry, and then repeat the process to add a second layer: 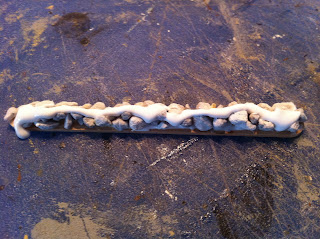 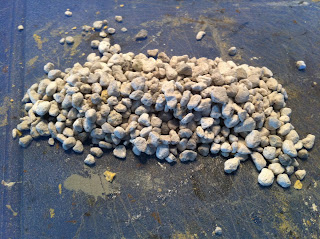 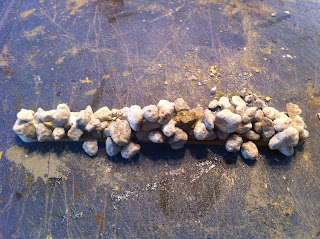 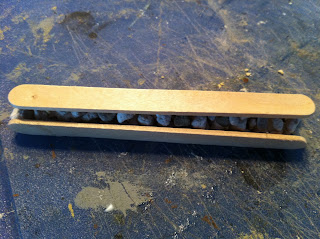 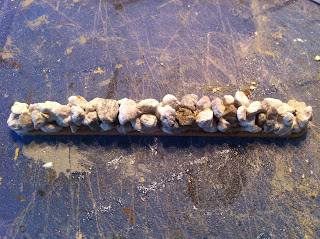 This is as high as we want the wall to go, but I recommend you add another layer of glue on top to reinforce it more. Let dry one more time, and we can move on to the next step.

For the next part, take your filler putty and run it between the cracks, making the wall look as if it is one solid piece. It should look something like this: 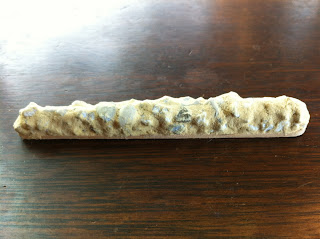 Now we can paint it! Take your dark gray paint and paint it over the entire piece (save the bottom): 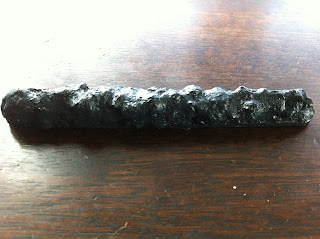 And then drybrush the light gray over the raised surfaces only. The final product: 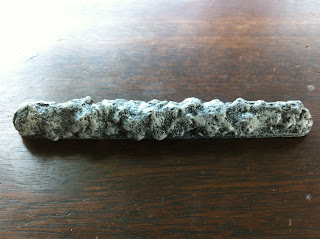 You can use these to jut out from building walls to define property lines, or have them line roads. They are pretty versatile and look good. These are some other fences I made in the past. You can tell that I used different colors in the past, but I rather like the new scheme. 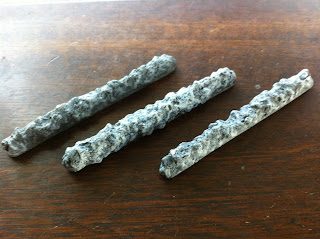 Moving on, we have...﻿
Wooden Fence
Materials:
Sound like a lot, but not really. What you are basically doing is taking your rectangular piece of balsa stock and cutting it into little pieces. I'll show the pictures of what I'm talking about before I continue, so you can picture it better: 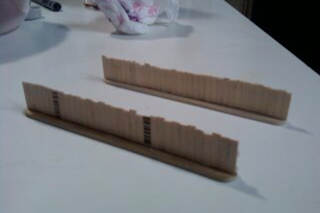 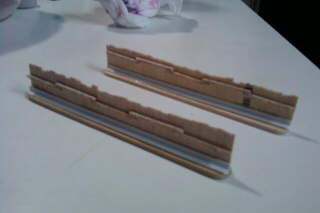 Basically, cut the rectangular piece into thirty or so short pieces, and cut small sections of the square stock to glue on the back in a up-and-down pattern as shown. Glue the l angle to the back bottom of the fence to secure it from the bottom, and then glue the other part of the L angle to the popsicle stick. Paint the fence and ground in their respective brown shades, and ink wash if you wish to add a bit more realism, and then use the PVA white glue to apply static grass to the ground. I'll edit this post later with a picture of the fences painted, as I don't seem to have any.
Country Wooden Fence
Almost there! The last tutorial is another wooden fence that is more an obstruction than for cover!Materials needed:
This is easier than the last one. Just cut your balsa strips and assemble as shown:

That is all there is to it! One consequence is that it is not as durable as the other wooden fence. It still looks good; just handle it a little more carefully. Paint and flock it as I mentioned above and you are finished. I have a picture of the finished fence, but it is from my old cellphone, and it was cropped from a zoomed in picture, so I apologize for its graininess. I would take a high quality picture of it, but i broke mine! That is why I made sure to stress handling it carefully. 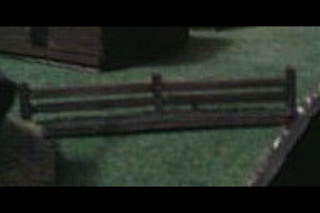 The fence is actually on top of a miniature version of a popsicle stick that I bought at a craft store, but I am considering using regular popsicle sticks from now on to make the fence longer and to make all of my fences one standard dimension.
This goes for all three fences, but you can write your name on the underside. I also individually number my fences, so I can see how the construction has evolved from "Stone Wall #1" to "Stone Wall #4" and so on.  It's up to you though.
So that's it then. Next time, I think I will surprise you with something, as I still have no idea what I want to show next. I should also say that I will make no promises as to when I will update next, as I don't want to shatter any expectations that I may set by promising a specific time. Until next time,  have fun, and make sure to ask if there is any questions you may have about these tutorials.
﻿
Posted by Intrepid at 9:57 PM

Intrepid
Hello! I go by Intrepid on most sites, mainly because of my interest in World War II. Intrepid was the name given to one of the 24 Essex class aircraft carriers built during World War II, and if I may say so myself, it is an awesome name. My main goal here is to share my knowledge on wargaming terrain with others, because it is just as important as the army you bring to the table.